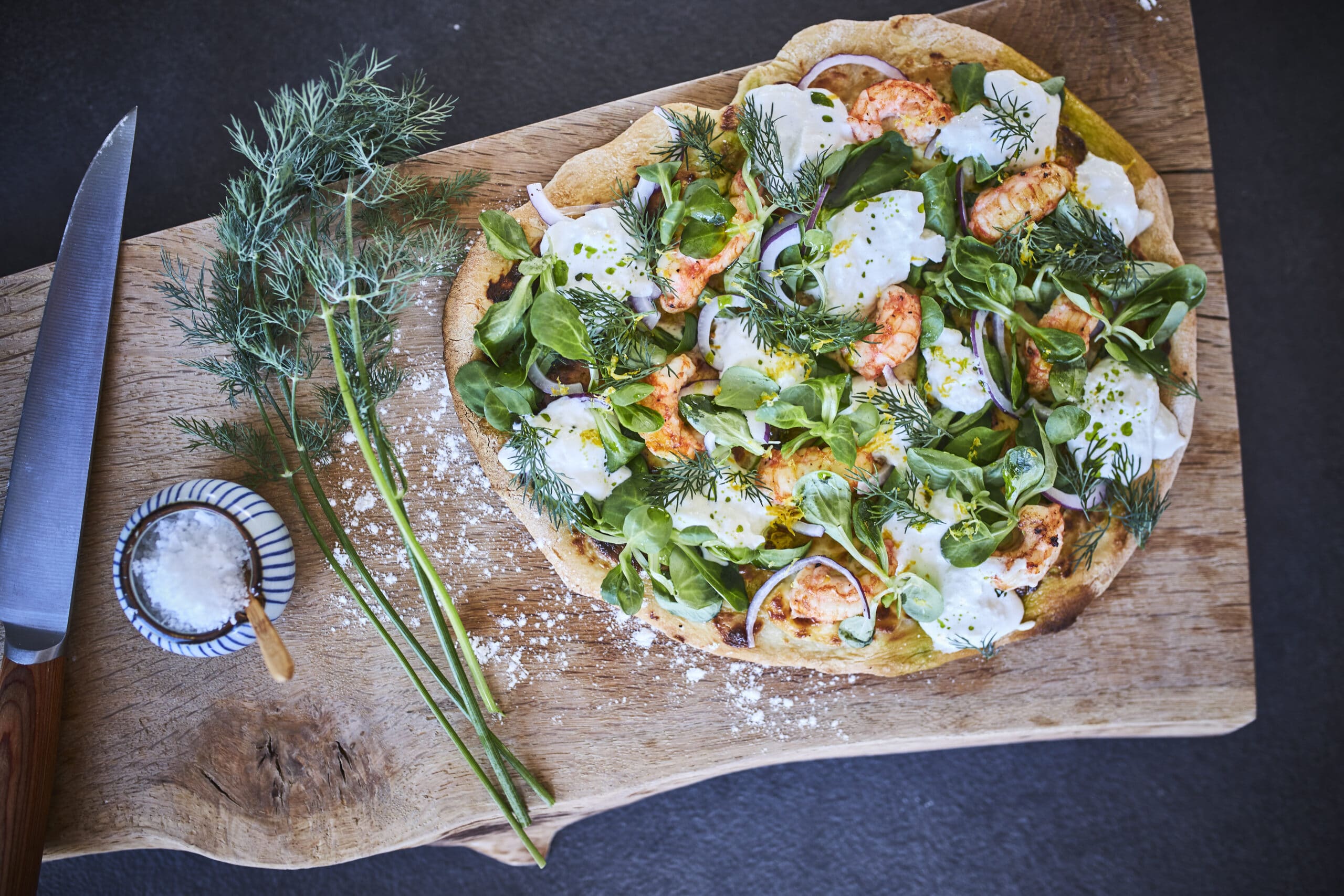 Pizza dough (made at least two hours earlier)
1. Weigh the wheat flour in a large bowl and mix with salt.
2. . Find another bowl and pour lukewarm water into it. Crumble in the yeast and stir into the water.
3. Add two tbsp. of the flour and stir. You now have a pre-dough. Let it stand for 10 minutes. You now have a pre-dough Let it stand for 10 minutes.
4. Make a well in the centre of the flour in the large bowl and pour in the pre-dough. Add the olive oil. mix the dough until it is roughly mixed, then knead it together with your hands or a mixer.
5. Take the pizza dough out, put it on a worktop and knead it thoroughly Add a little more flour if necessary. Of course, you can also knead the dough in a mixer.
5. Shape the dough into a ball.
6. Put the dough back in the bowl, cover with cling film and a tea towel, then leave the Italian pizza dough to rise until it doubles in size, which typically takes about an hour.
7. Divide the dough in two. Press the two dough lumps slightly flat and let them rise for about 30 minutes under a tea towel.

Dill oil
While your pizza dough is rising, make the dill oil.

1. Put the dill in a blender – save some to garnish the pizzas!
2. Add 2 dl neutral oil and a pinch of salt
3. Blend at high speed for 5-7 minutes or until the glass of the blender feels warm to the touch.
4. Strain the mixture through a cloth and pour into a bottle
5. Refrigerate until use

Tip
The oil can keep for a couple of weeks in the fridge and can pep up a variety of dishes. Try it, for example on your salad or on top of a delicious soup The dill can also be replaced by parsley or chives.